Majestic mountains, abundant wildlife, the highest paved road in the US, and over 350 miles of trails, that’s Rocky Mountain National Park !  It was a long cherished dream to drive on those hills and valleys, and as all dreams come true, so did this.

On the road after blizzard

December 17–22 of 2012 will always be known for massive blizzard and winter storm that dumped tons of snow on US Midwestern states. More than 1000 flights were cancelled, and close to 150,000 houses were without power. With tornadoes, snow and thunderstorms everywhere, it was very audacious and may be foolish for us to start our road trip for Rocky Mountain National Park in the mid of blizzard territory. May be that was the “kick” needed, to make this road trip more memorable.

We started in the night of 21st December, with a rental minivan, all 6 of us. It was quite a scary drive, as we drove on the icy roads sometime covering 20-30 miles in one hour. Interstate 35 highway was littered with cars and vehicles that were piled up after getting hit by snow and blizzard. It was one of the most nerve raking experience of driving that we had done ever, and all night we cursed ourselves multiple times why we started in such a weather. Still we drove whole night, and crossed some of the worst snow hit patches of the highway.

After overnight drive, we were in Nebraska at 6 am, with bright sun light radiating over fresh snow. It was an 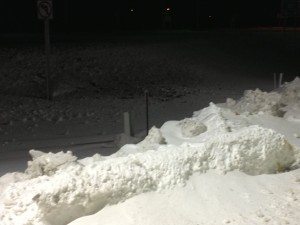 amazing view, especially looking at the sun after non stop drive in the previous night. We covered close to 400 miles in the night, and this was the stretch which was battered by snow blizzard a day before, lot of places we literally drove on icy roads, scared to death and just moving on. In morning it was much better visibility and made driving less stressful. Here is a one such photo of road conditions. We drove straight to our hotel in Denver where we reached around evening. After some rest, it was time for Christmas eve dinner, and rest after that.

After night stay in hotel our plan was to go to the Rocky Mountain National Park next day. Rocky Mountain has some of the highest mountains of Continental United States. Spread over 400 miles, some of the roads are at the height of 12000 feet, overlooking hundreds of trails, alpine and subalpine fauna and flora. We went there at the peak of winter, and as expected it was all covered in snow. White fresh snow on top of some of the highest mountains was majestically to see. We spent whole day in park, driving around various peaks and scenic views. Late night we drove back to plains and went back to hotel. 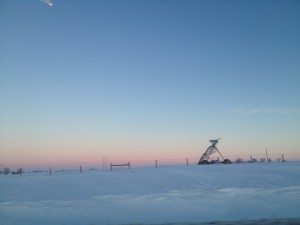 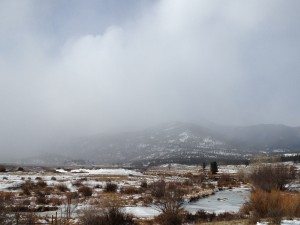 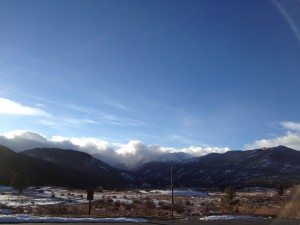 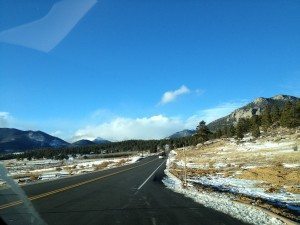 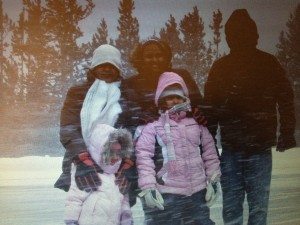 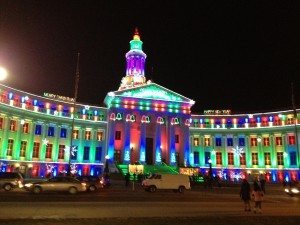 around, larimer square, state capitol etc. But the best part was watching Denver Municipal Buildings in the night. With Christmas lights all around, covering the grounds of the city and county buildings, what a glory it was !!! An entire block was covered with lights, more than 600,000 electric bulbs were used to light the whole atmosphere.

Next day our plan was to visit Guanella Pass. Guanella Pass is a high mountain pass at the height of some 11000 feet in the Rocky Mountains of central Colorado, US. The pass is located in the Front Range west of Denver and south of Georgetown. With snow covered roads everywhere, we debated for long whether we take our Minivan on that road or not. Whether we should get the chains on our tires or not ? As usual we decided to drive uphill without chains, and decided to go whatever distance we can in that 22 miles pass. We drove up to some 14 miles and beyond that it was actually closed, with more than 2 feet of snow on the road. We did spend some great time there, and kids had all the fun making snowmen and snow fights. 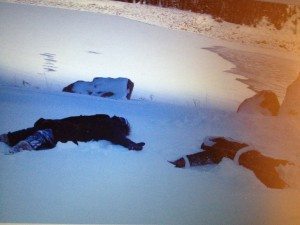 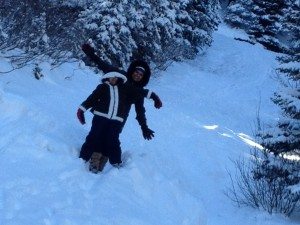 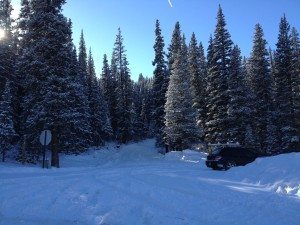 Next day plan was to go to Colorado Spring. Idea was to take Pike Peak Cog Train to go up to the top of Pikes Peak. Data says Rocky Mountains are the most visited mountain in North America and the second most visited mountain in the world behind Japan’s Mount Fuji. Pikes Peak makes stunning backdrop for Colorado Springs and the Garden of the Gods. At an altitude of 14,115 feet above sea level, Pikes Peak is the 31st highest peak out of 54 Colorado peaks. We got up early in the morning next day and drove to Manitou, and boarded the train. Next 4 hours were absolute joy, with scenic mountains and passes everywhere, this train climbed 14000 feet. In between stops and the final stop at the peak, gives ample opportunity to take pictures and to appreciate the nature as well as this train. 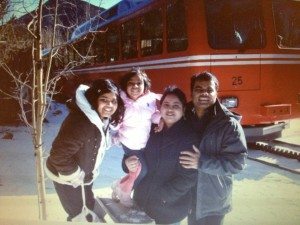 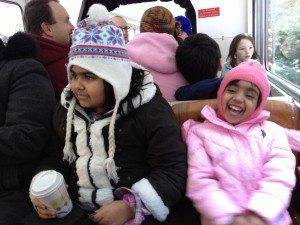 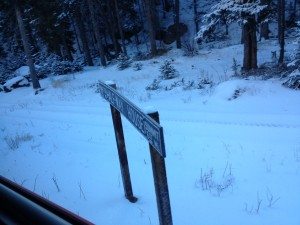 In Evening we went to Seven Falls. The approach road  to Seven Falls is known as Grandest Mile of Scenery in Colorado. Here you see crystal clear water coming from Pikes Peak and cutting through the canyon rocks. Here also the lights are beautiful in night. 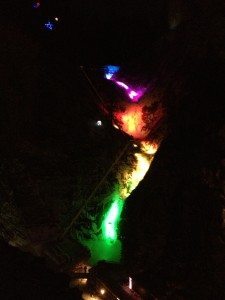 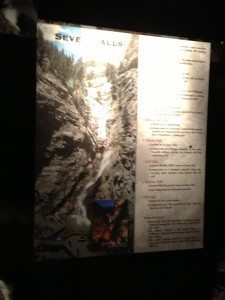 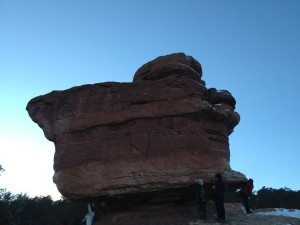 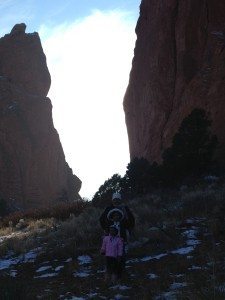 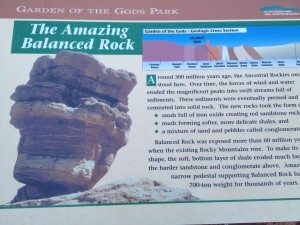 After spending almost whole week in driving and seeing some of the best attractions nature offers in Colorado, it was time for us to start driving back. With a promise to come back to Rocky Mountain National Park again, we started our journey back home, early in the morning, after spending 20 minutes removing all the snow from the car. 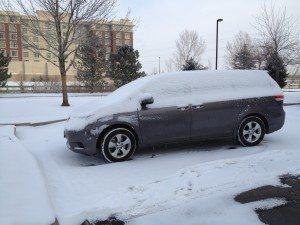 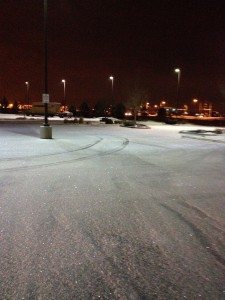 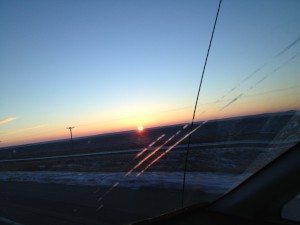 Drive from Colorado to Chicago

And the kind of road warriors we were, we drove all day with few stops for gas and lunch and dinner and late after midnight reached Chicago, with lot of memories. Plan is to go back again to Rocky Mountain National Park, next time preferably in summers to see how beautiful and green it is, when the snow is gone. Chicago to Colorado by road distance is around 1100 miles. If you don’t want to drive all that long, another option could be take flight from Chicago to Denver, and take rental car in Denver, and drive all over mountains. But people who love driving, this road trip from Chicago to Colorado can be one amazing experience.